The Bouddi Foundation for the Arts proudly presents an exclusive edition of five illustrations by Gabrielle Paananen, a multi-BFA grantee, natural history illustrator and creature designer. 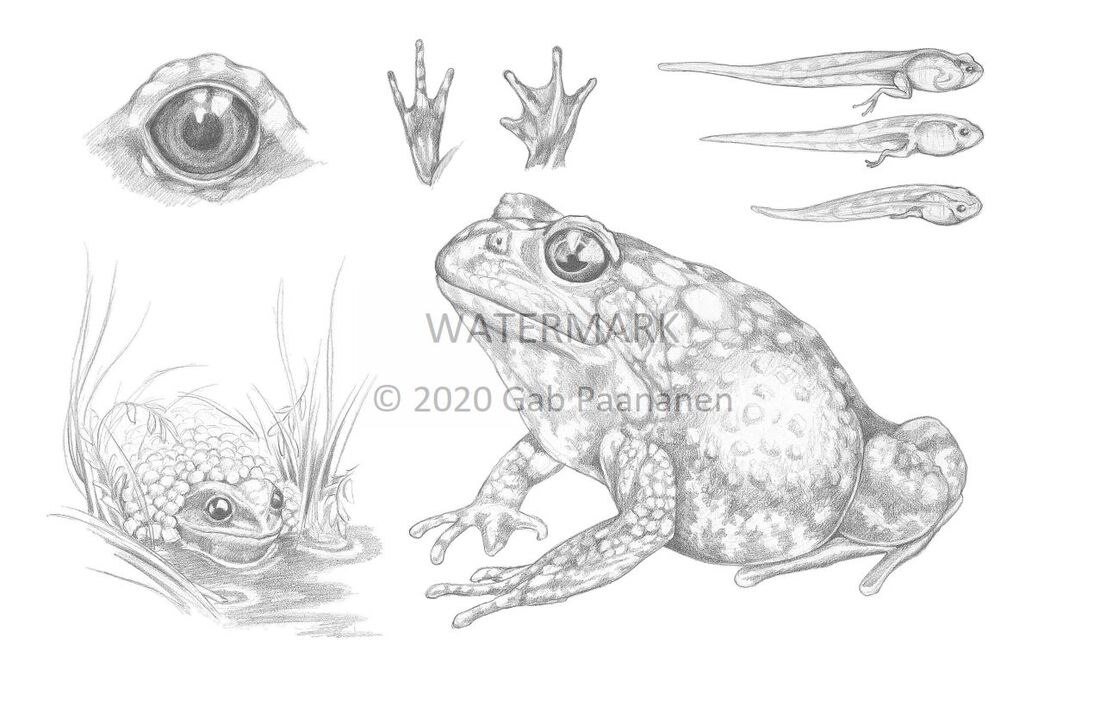 Baw Baw Frog
The Baw Baw frog is a critically endangered Australian frog, that feeds on worms and other invertebrates. Unusual among amphibians, it lives in an extremely cold, high-altitude habitat on the Mount Baw Baw plateau. The loss of the Baw Baw Frog is mainly due to the disease caused by infection with Amphibian Chytrid Fungus, which is a major cause of frog deaths worldwide. Captive breeding programs are working to rebuild populations. 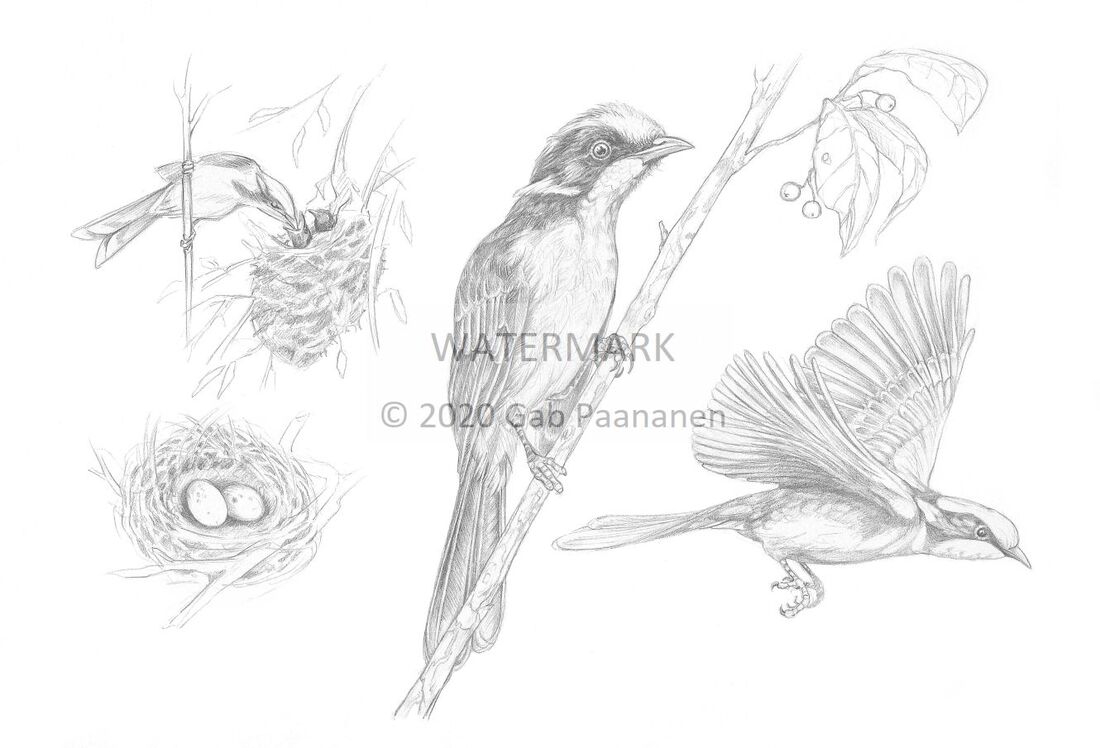 Honeyeater
The critically endangered Helmeted Honeyeater is only found in swampy forests to the east of Melbourne. They are black, yellow and olive-brown in colour with a bright yellow crest or helmet which distinguishes them from all other honeyeaters. Loss of habitat is the primary threat to the Helmeted Honeyeater. They need to live close to water, so drought, bushfire, and competition from other birds also endanger their existence. 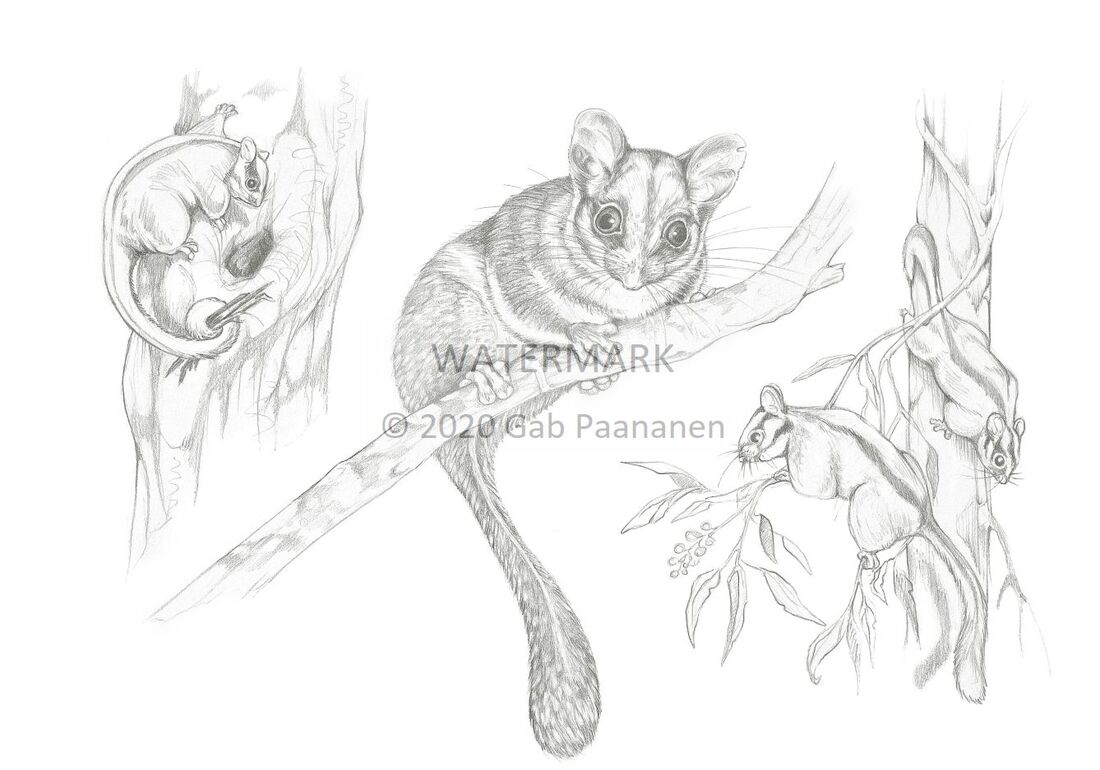 Leadbeaters Possum
Leadbeater's possum is a critically endangered possum largely restricted to small pockets of alpine ash, mountain ash, and snow gum forests in the Central Highlands of Victoria. They are small and speedy, sleeping in hollow trees during the day and feeding on insects and sweet nectar at night. Leadbeater’s Possums use their club-shaped tails to carry bark to build their nests. 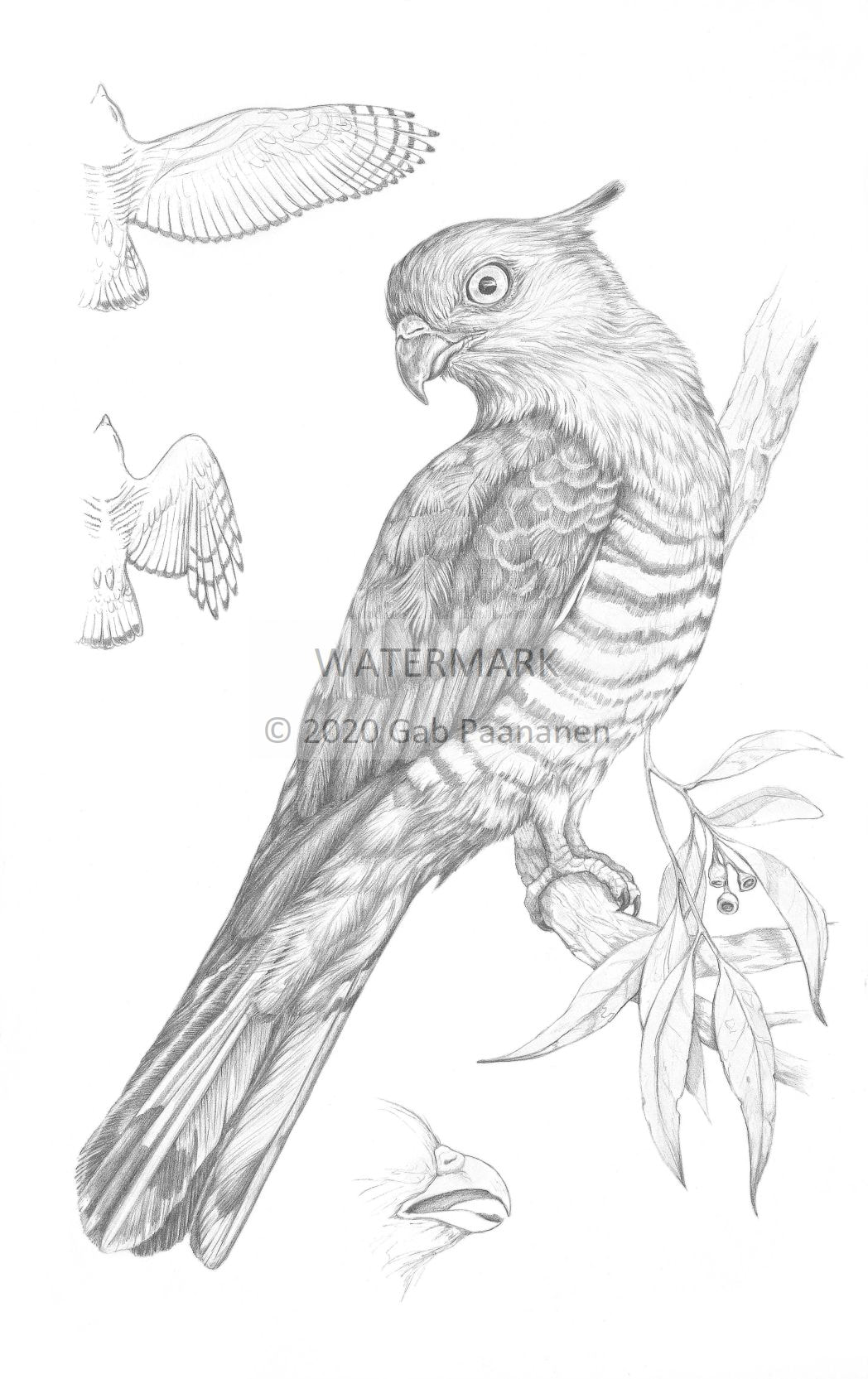 Pacific Baza
The Pacific Baza, also known as the crested hawk, is a slender, medium-sized species of hawk in the family Accipitridae. Their range extends down the Australian east coast usually around the edges of rainforest and woodland. They move through the canopy hunting large stick insects, mantids, frogs and sometimes fruit.
They breed in tall trees, placing a shallow, cup-shaped nest of sticks and twigs among the foliage. 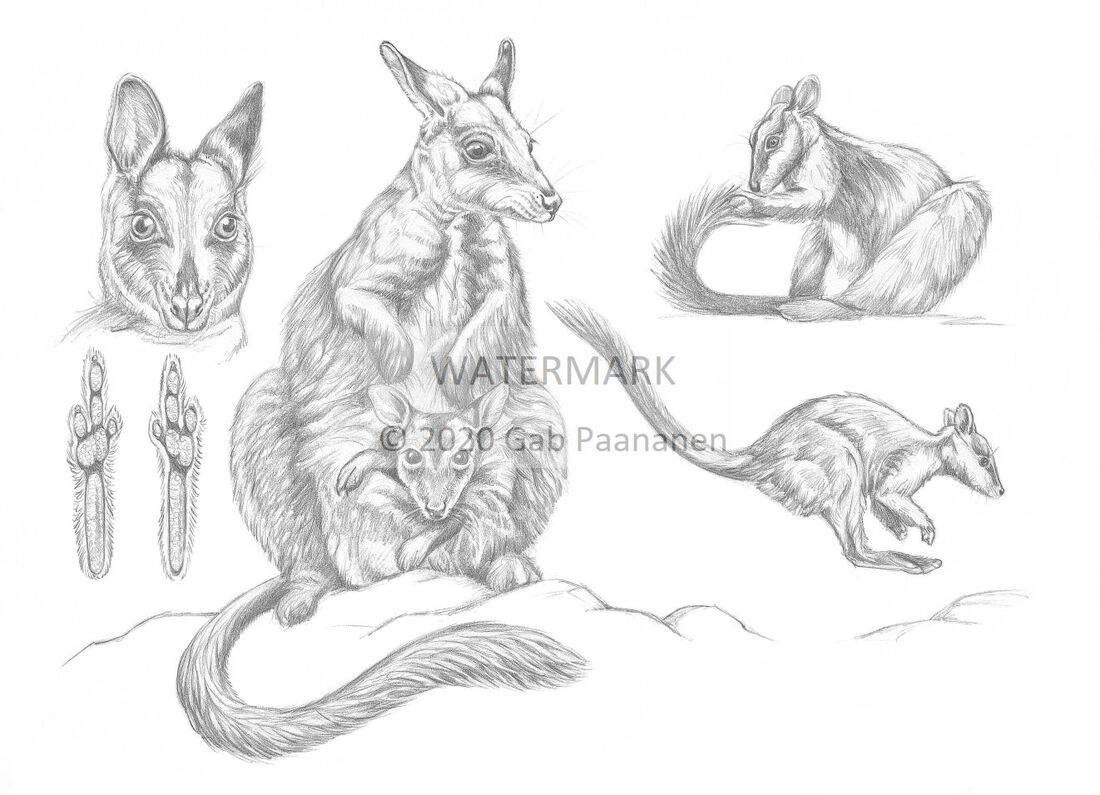 Rock Wallaby
The Brush Tailed Rock Wallaby has a characteristic long and bushy, dark rufous-brown tail that is bushier towards its tip. They occupy escarpments and cliff ledges in rugged and steep country near the east coast and browse on vegetation in and adjacent to rocky areas eating grasses as well as the foliage and fruits of shrubs and trees. This species is endangered in NSW.